skip to main | skip to sidebar

I Won't Tell if You Don't 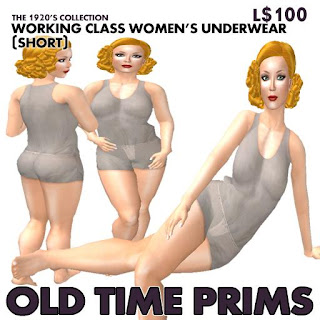 Unmentionables, my mother called them, introducing little me to the required undergarments never mentioned in polite society. Later the brassiere was added to the list of garments one did not mention in public, though one had better be wearing them and they had better be clean in case the proverbial bus struck. Good thing my mother can't read this.

J had a friend (I hope neither she nor my mother is reading this from that nebulous space all departed people inhabit, which is somewhere over my right shoulder). Anyhow, J had this friend who dressed rather hurriedly one morning in order to get to the the post office before it closed. She put on clean unmentionables but pulled on the same pair of slacks she'd worn the day before.

In the annex off the lobby where all the patrons' mail cubbies are stacked, J's friend unlocked her box and began sorting her mail. Another woman at the end of the annex was sorting through her own mail. J's friend looked up, ready to say hello, and at the same time felt something slip down the inside of her pant leg. She looked at the floor and there in a lovely puddle of blue nylon and lace were yesterday's unmentionables!

What to do? What to do? Should she stoop to pick them up? No, she hadn't brought her purse and there was no room in her pants pockets what with her keys and other sundries taking up space. Should she just ball them up and hide them in her hand? No, someone might see her doing that and think all manner of sinful things. No, better to just nudge them casually with her foot until they were in the corner. There. With any luck she would be gone before anyone else came in. And she was.

She told J about the incident and now J's told me (don't ask why were were discussing unmentionables in the first place. I can't remember). "What do you suppose the cleaning lady thought when she saw them there in the corner?" J asked me, wiping her eyes with the back of her hand.

I imagine she didn't mention it.

Of course, one good story deserves another and while we were on the subject, I told J about the time my husband and I took our young children for a walk along a high ridge that rose up behind the house where we lived. We often turned a Sunday walk into a green mission, bringing along a trash bag to collect trail debris. One son, the most adventurous, kept wandering off the track. He'd come back with some pine cones or a few interesting (to him) rocks. He wandered off again and returned with a lace thong dangling from his chubby little fingers. "Is this yours Mom?" he asked.

I was the only woman he'd ever seen in a pair of unmentionables in all his short five years so it seemed a natural question, but I was mortified. "It better not be," my husband joked as he took them from Son by the tips of his fingers and stuffed them in the trash bag.

I did, years and years later, lose a pair of unmentionables much the way J's friend did. I'd been asked out on a date, one of the first since my divorce, and as it was to be a picnic date, I hauled on the overalls I'd been wearing the day before. All went well until we got out of the car and began walking to the picnic site. I spied something white across the top of my shoe and stopped to pick it up. I should not have.

My date stared at what I held in my hand and his eyes grew round. "How did you do that?" he asked me. He said he'd seen Jennifer Beals slip out of her bra on Flash Dance but he didn't realize women could do that with panties, too. The ground should have opened up and swallowed me then and there but it didn't. I had to suffer through countless retellings of my "circus trick."

Fortunately I'm too old now and too thick in the thigh to be wearing unmentionables tiny enough to slip gently down a pants leg. I don't date anymore either, but I do shake out my trousers every night before bed just to be on the safe side.

J appeared at my door the other day. "Look at me and tell me what's wrong," she said without preamble. I looked. Then I laughed. Her sweater hung at odd angles, buttoned incorrectly by not one, but two buttons. The hem dipped toward her knees on one side and was hiked up to her waist on the other. "And I went to the bank this way," she sighed, dropping into a chair. "Not another soul in there so all three tellers, sweet young things, watched me traipse across the floor like this and me clueless."

"They'll know what it's like in oh, forty years or so," I consoled her. Then the two of us collapsed in another fit of giggles.

When we could breathe again, we agreed the slope toward old age was slipperier than we'd thought. So many things we've taken for granted, like being able to notice whether we were groomed and dressed properly or that we knew where our glasses and keys were or we were sure, when we set out, that we knew where we were going, have suddenly become things we must question.

"Just the other day, my car went one way while I was intending to go another," J confessed and I remembered the day a few months ago when I had been half way somewhere only to realize with a start that I couldn't remember, just for one eensy moment, where that was.

J and I are not old by today's standards though we've passed the middle-aged mark. She jokes often about being on the 20 year plan (but we've been claiming that for the past few years). We're both still active physically. We both garden and she does farm work, I ride my bicycle and hike, and we try to eat sensibly. Still, it's these little slips, these wrong buttonings, that give us pause.

To counter her look of despair, I confessed to J, rather sheepishly, that when I'd unwrapped the present she'd given me for Christmas a few days back, I'd tasted it. She sat up straight and then fell back, guffawing, her hand over her mouth. What I'd thought, in my glasses-less state, was a piece of divinity was actually a chunk of hand-made soap.

So it goes. Arm in arm, slipping and propping each other up and laughing hysterically at our failings, J and I are heading off down the hill. Along with the rest of you.

Pauline
We are the stories we tell ourselves. I like to write them down.